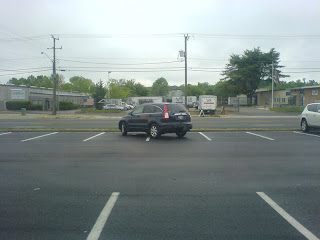 And that goes for you too. I know it's prom season & errthang, and that you have a stretched caddy and all, but damn! 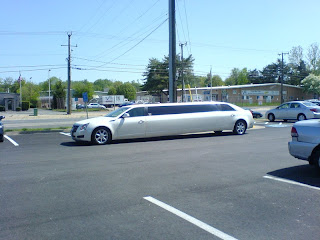 Had to go see the 2010 'Speed3 in the flesh. It isn't exactly a looker, not to mention the generous splatter of bird poop on the side, but it's what's under the hood that really matters. Sometimes the ugliest things are the most beautiful inside, and vice-versa. 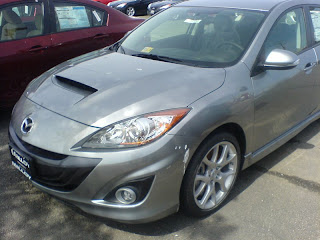 And speaking of Mazda: Oh sh*t - the aforementioned Mazda 3 now has Virginia Tags! Gee, I wonder why. 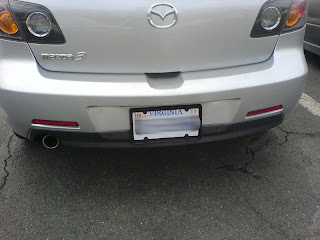 Finally grew tired of the Lancer's toothless visage and put in a new grille. Never mind the busted paintwork.
Here are shots before.... 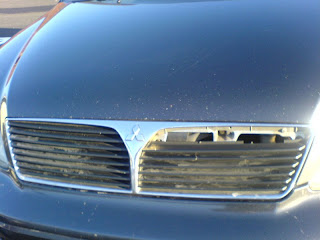 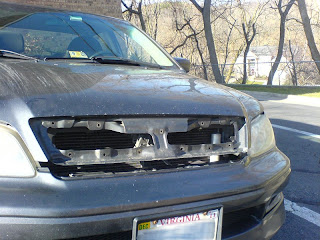 ...and after. Looks light years better. 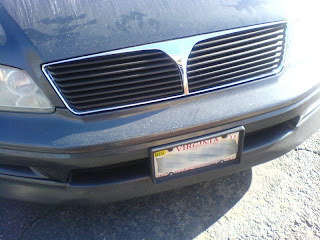 Some idiot neighbor traded in his 2009 Dodge Challenger SRT8 for a BMW 750i. What! The BMW is nice, for sure, but nothing screams badass-ness like an SRT8. I mean, look at the testosterone-inducing, adrenalin-pumping Challenger below... 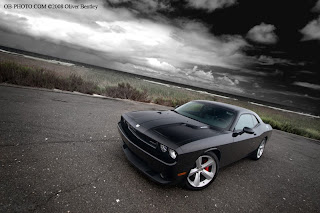 ...and compare it to the cheese-and-cracker blandness of the Bimmer.
No contest. But maybe that's just me. 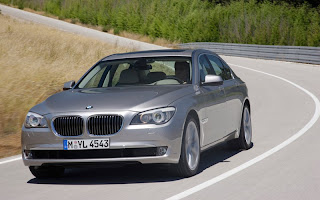 Throwback Hip-Hop verse of the day:

" On the platinum Yamaha with the engine gunnin'
Throw it up like liquor on an empty stomach
Y'all hear nothin'?
Who that, Mac?
No dawg, that's M. Bleek comin'..."

I kinda like The Bimmer ... but then again, I'm a girl *cheeky grin*

Hi CB. My bad for being too lost. Semester's almost over so I'll be a free man soon.

I guess the Bimmer wins when it comes to practicality, but the Challenger is ultimately more fun, I'm sure.

Cloudvillian aka MisterNV aka Get Rich Or Blog Trying said...

Clarkson is right about that Beamer grill.. it looks like damn bunny teeth!
Homie, you on twitter btw?

C-Vill: I'm back to the living! How u been man?