[I forgot how much fun this used to be. As you'll soon see, if you didn't know it already, I'm quite the nerd.]
Last Thursday I was chilling at the crib watching something online when..... nothing. My PC called it quits, just like that. Ain't that a b*tch. What's worse, I loved that thing, which is the only PC I'd ever bought. I mean, look at it, below. 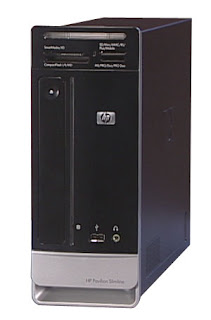 Its overall dimensions are so neat & tidy, and that's the sole reason I got it. But there was one vital flaw in my logic: smaller electronics are expensive.
I hate working on the laptop unless I absolutely positively have to, so I tried to see what was wrong with it, and finally narrowed it down to a fried motherboard. Easy enough. But then I went online to find one and almost fell off the seat - those suckers are expensive! As in new-PC-expensive, and that was just for the motherboard! Of course there was some dude in China who had it for like $80, but my relationship with Chinese Ebay-ers has deteriorated over the years. Let's just say I'm still waiting on a package I ordered 3 years ago.
Dejected, I went over to Micro Center, my favorite computer store by far, hoping to stumble across that pesky little motherboard, when I had an epiphany: PC years are like dog years, only thrice as short, so why not build a new one? Not only would it be much faster, but I've gained enough knowledge over the years to build a kick-ass one.
And thus began the adventure. 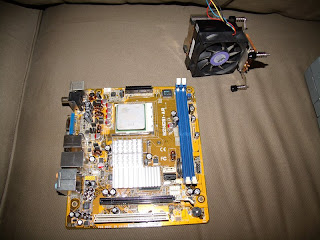 And here is its replacement. To the practiced eye, it's a much better board. 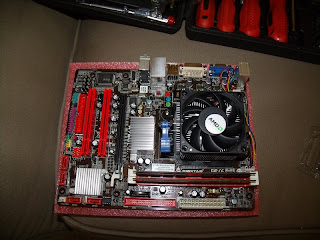 This is the chaos that eventually ensued. There was stuff everywhere. 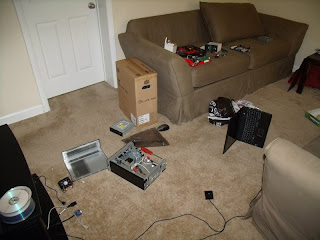 In a couple of hours, the new system was ready for testing. It's a lot easier when you actually know what you're doing, as I discovered. Back then it took me days to get it done. 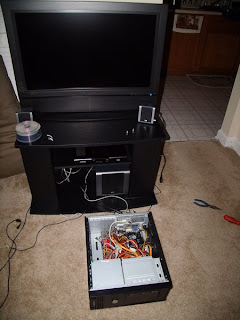 And voilà! All systems are go! 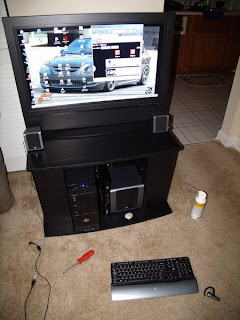 Oh, and I also took the opportunity to finally get Windoze 7. The 64-bit version of course, since the new motherboard can utilize 8 gigs of RAM. Sweetness.
And that concludes this geeky interlude. Back to the regular stuff.
Posted by |d®| at Wednesday, July 14, 2010

:-D you have totally made my day. i like it when a geek gets all excited about stuff that i couldn't understand if i tried. it's cute. never fails to makes me smile.

Ha ha! Yeah, I might've got carried away for a moment there! But it feels so good to have something to do, a new toy, if you will!

Psst! i use a mac mini for the same, please do not hurt me.

For the record, I did HDMI the laptop to the TV, but I needed better audio than the TV could put out, the video & audio independent, hence the PC. Plus, it's light-years quicker.

Updating to the new Mac Mini next year all going well though, currently only able to go up to 720p on picture since the core solo gets left behind when the bit-rate gets way too exciting for it. got 4 gigs ram on it to help it along since is quite long in the tooth.