[This is another self-absorbed post. Just a friendly warning.]

Many, I'd imagine, are surprised, perturbed even, at my undisguised obsession of many things mechanical and/or electronic, cars especially. Allow me to shed a little light into the matter.

For years, I spent countless hours working in retail stores, dusty warehouses, maddeningly-repetitive assembly plants and, more recently, windowless offices. There is something about working in a windowless office or a cubicle that makes me shudder. Not that I can't work therein, but having a window to look out of makes all the difference.

But let me start from the [near] beginning.

Back when I was a young'n & school was out, my Dad used to drop me off at his mechanic friend's workplace where I'd spend all my days surrounded by cars. Soon I was the unofficial gofer, the wrench-boy, if you will. I got used to the sounds, smells, spills, leaks... you name it, associated with any vehicle repair shop. All too soon though, I was shipped off to boarding school, and was temporarily separated from all that.

Many, many years later, I was sitting in some windowless office talking on the phone with some dude from a nearby repair shop. The Lancer was there and it needed its timing-belt replaced, and dude was saying it would 'only' cost me $539. I told him to shove it, called Mitsubishi up and they told me a timing belt could be had for about $40. I'm not exactly a rocket scientist here, but it doesn't take one to see that of that $540, $500 of it was all labor. Granted, changing a timing belt is a pain in the ass, but $500? I later found someone else to do it for $350 or thereabouts, but that's another story.

That's when it hit me, and I'm still jarring from the impact: Dude, I could get paid to do something I really like to do! How unbelievably cool is that? Realistically though, there's a lot more money to be made in white-collar jobs, and I'm all about the money, truth be told, but to actually make a living off something I'd gladly do for free? F*cking A!

So I signed up for automotive classes at some nearby school, and haven't looked back since. Not to say I'll quit the office-job scene forever, but I'd be more versatile, if anything. Besides, I could really work on my car now.

I was chatting with some other dude in my class and he thought I was crazy. He was like: You're trying to get into automotive, away from graphic design, and everyone else is trying to get an office job? Even my Moms was like: >d®, wauga ukwenda gutuika makanika?
[She supports me now tho, though she'd much rather I was obsessed with, say, medicine or finance.]

My ultimate dream is to race professionally and not just be a greasemonkey, as much as it'd be OK if I were only an automotive tech. Racing needs mucho dinero though and bank numbers won't allow, but impossible is nothing, like the Adidas slogan goes. But then again, I still might be stuck in some windowless office for years to come, taking in recycled, sanitized air, and that's quite alright. But at least I'd know I could do something else.

Here are some pics about the automotive thing, & have a good week. 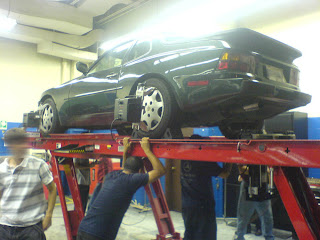 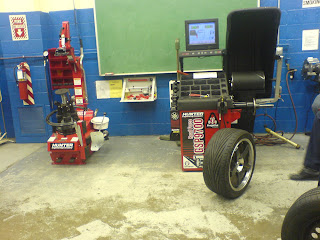 This Kompressor was another obstinate one. Actually, all the German cars we worked on were straight out of repair-hell. 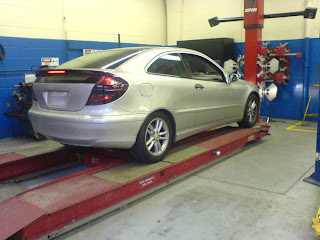 Messing around with OBD II on this fiery-colored Cobalt. 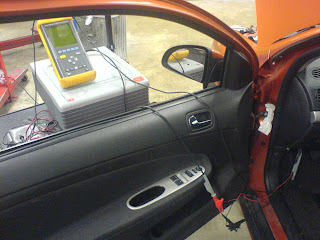 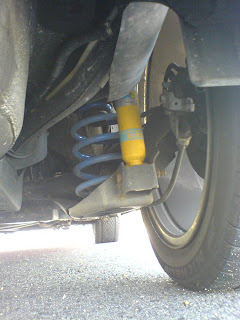 An unoccupied Prowler in the streets of Annapolis. 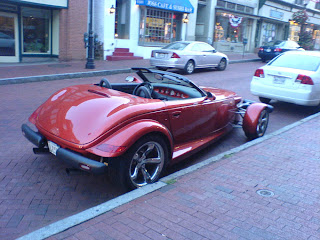 Kudos! Such is what I call the core of the matter (name of my blog). Doing something that you enjoy, is to me, to live. All else is what I call a struggle. Enjoy!

Thanks man. Hope it all works out, one way or another.

I love your dedication. a hobby that generates money, off to look for one.

Thanks girl. I'm yet to reap the monetary benefits of this venture, but it's been very satisfactory so far.

Hope you find yourself a lucrative hobby.

hi >d® :)
follow ur heart.. in the end that's what really counts... dare to dream then watch what happens

Nicely put.
I'm a dreamer, what can I say. Now to try and bring to life all the things I think of.

my dream job, since days of high school...i hope to set up my own commercial garage to semi retire to and spend my days in the great outdoors my passion funding my retirement. i could not have put it better. :o)

I have watched my brother and I know the passion behind 'nose to the hood' - or is it bonnets LOL.

Go on and enjoy your passion, mate. It pays in the end, even if the payment is not monetary.
As always, I envy people like you (ok maybe its jealousy, but then again...)

>Aegeus: That sounds like a mighty good plan to me:
Relaxing in Retirement while Repeatedly and Recreationally wRenching Ratchets, all the while Raking in Ridiculous amounts of Rand, then Running aRound acting all Rambunctious, bRandy in hand.


>G: Good look, coz I really needed to hear that - coz money doesn't necessarily buy happiness.

Still, I'd wanna find that out for myself! lol!