There’s too much going on. I mean, I’m constantly being told to lean with it & rock with it, do it to it, shoulder lean, snap my fingers, pop my collar & twist my body from side to side, heat it up, ride dirty, tell ‘em when to go, go to church, chuck up the deuce, kick & push, hustle, give it up, get some…… the list is endless. Sometimes it feels like déjà vu and sometimes I’m all torn. Lord, give me a sign, I prayed.

He did. His response? Go to The Big Apple, my son.

New York is crazy. That place is in a perpetual state of frantic motion; 24-7, 365. In short, everything the big VA isn’t. The only thing frantic over here is the traffic congestion. It was getting rather monotonous so I decided to take my country ass to a big city for a change. D.C. is right here and I’ve been there a gazillion times. Philly isn't too far away & I’m there like once every month, same as Baltimore, so those two weren’t viable options either. Boston is a bit too far away and so is ATL, so it made perfect sense to go to New York, the Big Apple.

The trip was memorable, to say the least. There were 8 of us and by the end of the day it felt like we’d covered every square inch of Manhattan – we were that tired. Still, it was all well worth it. I can write volumes about the experience, trust me. I’d much rather show you some photos, wouldn’t you agree?

We were mostly in or around Manhattan, so I got to see just how quickly they’re putting up the 4 new WTC towers – astounding. The Statue of Liberty is, of course, a crowd favorite, and so is Times Square, so we peeped those out. Chinatown is a must and Soho and Little Italy are right there so we peeped those out too. We even went by a Miro café and used the subway countless times to get from point to point. I even saw our beloved black, white, red and green. Ever seen McDonalds written in Chinese? Oh, and do you know the name of the first American-born saint? [Who decides who's a saint or not, anyway?]

Enough talk. Check it out. Have a good week y’all. 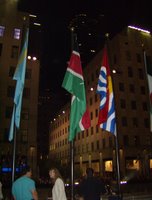 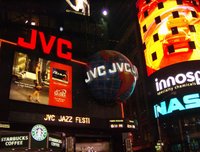 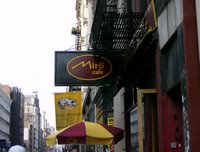 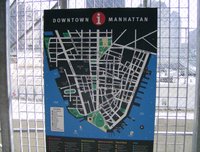 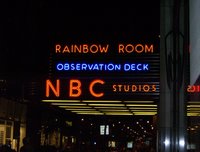 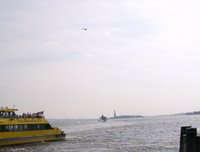 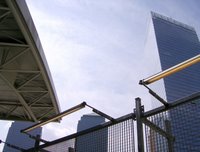 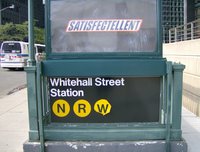 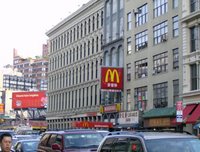 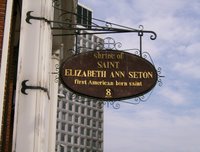 Really clever, that 1st bit. Speaking of, what does Lil Kiki or whomever mean by 'chuck up the deuce'?

Wsup d. I am assuming you went with that bandia crew of mine from Lancaster, Jersey and Bmore. coz they called me and I hanged up on them at the sound of New York. I hate NY like a nonsense.

U say u frequent Bmore often, yet my area has somehow not made it up on ur list of "must visit"...hmmm..thats aight tho.

>dll: Damned if I know about chucking up the deuce. Hmmm, something to do with deuce deuce, maybe? But chucking the deuce deuce?
In short, I've no idea!

>Udi: What up man. Yeah, I was with your crew. They're crazy, every last one of them, trying to cover every square inch of Manhattan in one short afternoon. It was fun tho and yes, NY is crazy. Now I fully understand the phrase Quick as a tick in a New York minute!

>d: Wsup baby gurl. See, it's not even like that. You know I've nothing but love for you, even tho I have a lousy way of showing it. [No kidding]

I read your NY post last week, and forgot to comment..Just stopped by to say I was in Ny over the weekend as well to support a pal who was performing at a beneit concert Sunday..and I saw that Satisfectellent thingy on cabs too..Seems to me like a Snickers ad. I could be wrong..

>Medusa: Wsup. Now that I think about it, those are definitely Snickers colors - you're right!